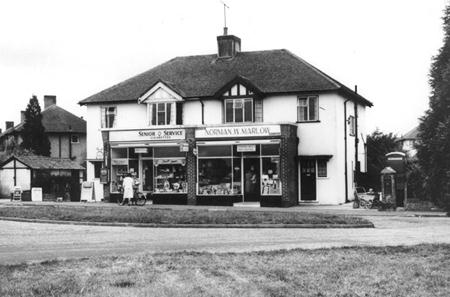 Strood Green has had a shop for 100 years

The shop is acquired!

The shop and Post Office in Strood Green had been a vital part of the community for generations. Our project to preserve this shop began in 2005 when the then shop-owners closed the post office, at which stage a campaign was started and a committee formed to try to buy the premises, but the community’s offer to purchase was turned down. The shop closed and was boarded up for two years, and the PO was lost for good.

By January 2008 the building had changed hands and the new owner offered the shop unit to the community for a peppercorn rent. The Strood Green Shop Association was formed as a Community Benefit Society, and with the help of the Plunkett Foundation, Surrey Community Action, local businesses and organisations and a large team of helpers, by October 2008 nearly £80,000 had been raised in grants, donations, shares and loans, which was enough to convert a very dilapidated shop into a smart new one. On 21 March 2009, the Shop at Strood Green opened for business. 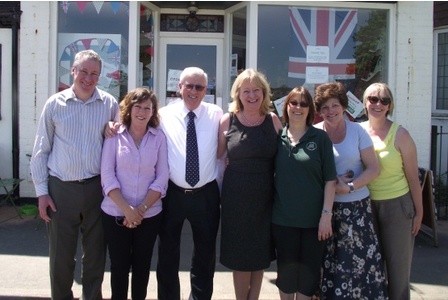 The Shop in 2012 Pre-Refurbishment

A second phase of development in spring 2012 saw the Society launching a second community share offer to raise funds to purchase a long lease (997 years) on the entire building at 1 Tynedale Road, which meant that we could carry out essential repairs, extend the shop area and refurbish the rooms above, to create a two-bedroom flat.

The share offer raised £38,000 from the community, and with the help of a further loan and a generous Surrey County Council grant, the work was finished in September 2013 and the extension is now home to our spacious cafe, pantry and free computer station. The flat above is let to local tenants and brings in a realistic rent which enables the Society to maintain the building in good condition. 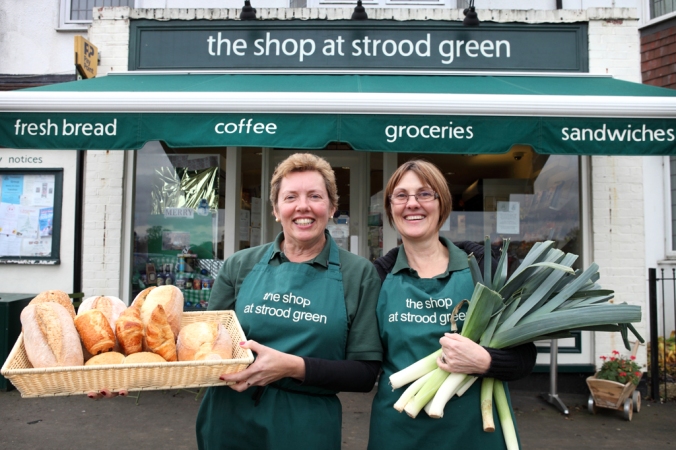 Jane Holmes, Jo Songhurst and Helen Melia celebrate the opening of the shop 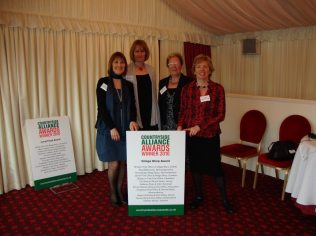